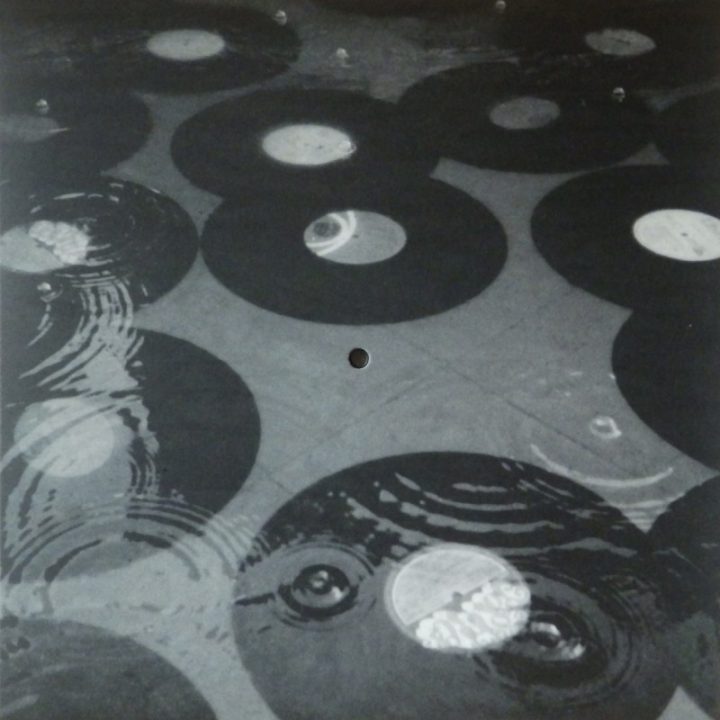 L’art de la fuite is a selection of first recordings originally released on selftitled homemade tape in 1995. Mainly composed with turntables and prepared records (with various other sources), these recordings have laid the foundation for his future work as turntabilist / improviser / composer. 20 years later, this unique blend of musique concrète and post-industrial still sounds fresh today.

«Over the years there have been reviews of the work of eRikm, as he likes to spell out his name, sometimes solo, but by my own estimation more in collaboration with other people. His main instruments are media products, such as vinyl and CDs, which he damages and then starts playing again, layering them together into new compositions. He has been doing so for more than twenty years. In 1995 he released his fourth cassette, in which he worked with vinyl more than CDs, using, if the postcards are any help, three turntables at the time, scratching records, carving grooves to create loops, cutting records in half and sticking them back together, making burn holes and such like. It’s not unlike the work of Milan Knizak, who coined the term ‘broken music’ already in the sixties and Christian Marclay. eRikm put this on a four-track cassette and created his own compositions with these sounds, and I must say I quite enjoyed this lot. If I’m honest I find the whole turntablist movement a bit tiring, but what eRikm does here is very good. His pieces aren’t some scratch records being played, but by layering various sounds together he creates pieces of music, which are engaging to hear. Minimal at times, loop-wise of course, but eRikm takes exactly the right sound of a record and fiddles around with it, so he slip in a melody of some kind, such as in the beautiful ‘Rose’. Occasionally of course there is noise, which seems hard to avoid if you do this, but they don’t seem to be around here a lot. All ten pieces are kept to a minimum in length, except perhaps for ‘Ich War Ein Armer Heidensohn’, which is almost nine minutes, in which eRikm explores his material and plays a ‘song’, rather than presenting some experiments of an electro-acoustic nature. I must admit I didn’t hear any of the eRikm cassettes in the nineties, but if the others were like this, then I’d say: bring it on. This is an excellent record; if you are into turntablism, good ol’ fashioned experimental music with a fine dash of noise sewn into this or just into overlooked obscurities: this is the place to be.» (Frans de Waard – Vital Weekly)