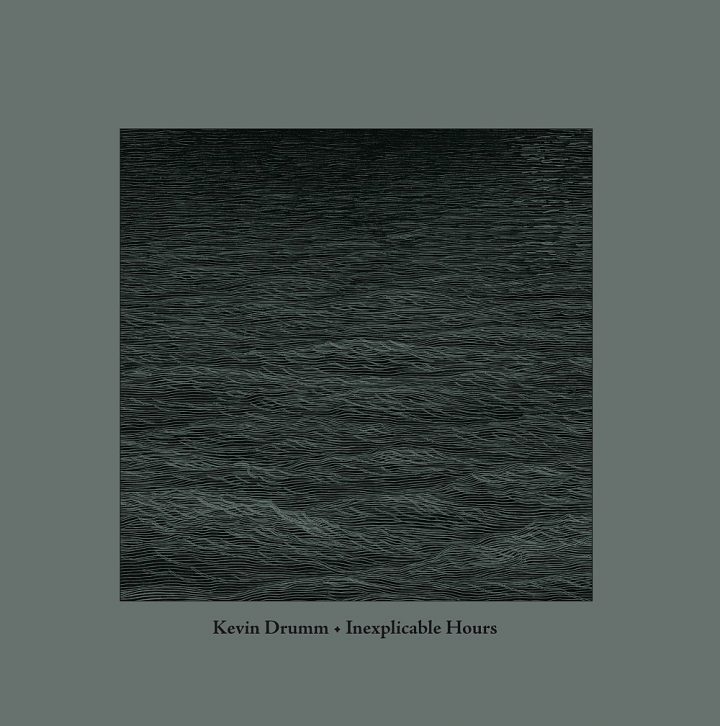 Inexplicable Hours is the sequel of the successful six-CD boxset Elapsed Time, also released by Sonoris in 2017. The first LP documents a new direction in his music, with some of his last electroacoustic experimentations with audio generators, field recordings, and various electronic devices. The second one explores the same ambient/drone territories as the boxset, with tracks less static and more complex than it appears on the first listen. And as always with recent Kevin Drumm’s music there’s a sense of majesty, of mystery and a melancholic beauty that is uniquely his own.

Some words about the boxset are also appropriate for this record:
“Despite Drumm’s noisy reputation, his music can be overwhelmingly sensual even at its loudest, providing a form of minimalism replete with a delicate, melancholic motion. How wildly divergent emotions rise, hover, and fall using so little is a mystery that only Kevin Drumm can provide.” (Soundohm)
“The vast array of styles and works to be had here makes it an engaging challenge, one that can differ widely from disc to disc, but never lacks the cohesion and touch of a master craftsman and composer working at the top of his game.” (Brainwashed)
“These pieces, despiste their lenght, are like perfect miniatures, timeless puzzles that you try and unravel through close listening. And their sense of place, of home, of sanctuary, feels more important than ever right now.” (The Wire)

Tracklisting:
The Forthright Fool
The Loop A
The Loop B
Old Connections
A Blind Spot
Social Interaction
Reverse Osmosis

All tracks recorded between 2014-2017 at Upper Rubbish LLC, Chicago Il.