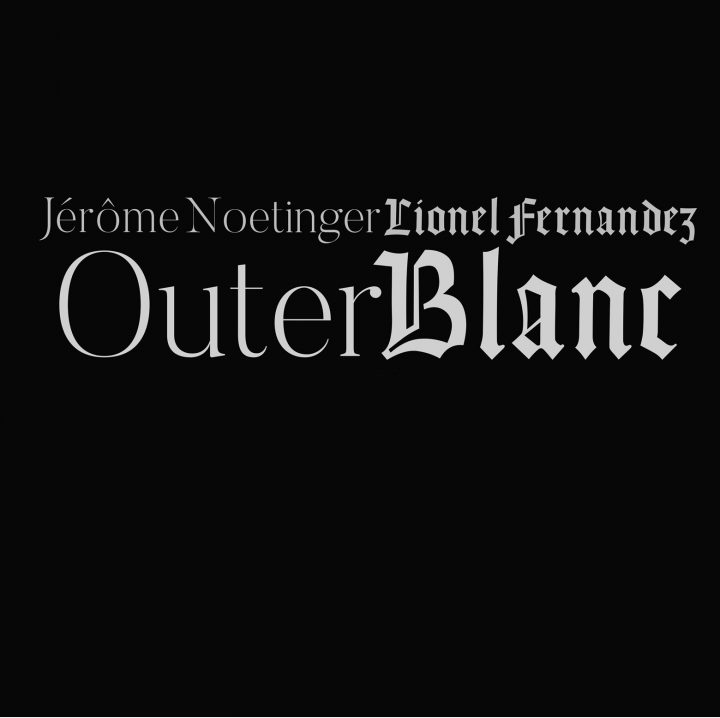 Highly electrified guitar, anamorphosed, perforated, and tainted by all sorts of effects, implodes its rage and its urgency in the magnetic nets of a tape recorder as cannibal as it is destructive. From various recordings Lionel Fernandez & Jérôme Noetinger have created and produced these ten pieces: big, biting, dangerous and acerbic – like the intoxicated meeting of a chainsaw and a microphone. Real garage music: grease, gutted car bodies and outdated alternators, like a soundtrack ripped from an unreleased Tobe Hooper film.

Lionel Fernandez and Jérôme Noetinger: a musical encounter between two important and uncompromising figures in contemporary experimental music in France. This duo emerged during an evening of the label Premier Sang programmed at Instants Chavirés (Montreuil) in the 2010s… A few years and a few furious concerts later and it is now on the Sonoris label  that they are releasing their first record. 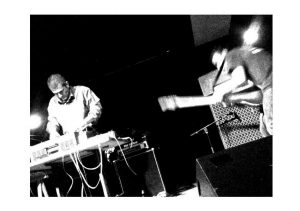 Guitarist of the pioneering french free noise/no wave band Sister Iodine, Lionel Fernandez uses an out of norm practice of the electric guitar in a group or as solo playing, “a guitar used as a flame thrower thrashed and fiercely held up as machette totem, he chops through darkness with unsane anti-riffs and carved blocs of dirty sounds, where gargle in slow combustion gangreened micro-textures » (Le Non_Jazz)
He also plays in other deviant combos such as Antilles, Cobra Matal, Ibiza Death, Haine, Porsche, Discom, Minitel, Mauser M etc and has collaborated either live or on records with Masaya Nakahara, Meyna’ch/Mütiilation, Andy Bolus/Evil Moisture, Stephen Bessac/Kickback, Hendrik Hegray, Tujiko Noriko etc..

Jérôme Noetinger is a composer, improviser and sound artist who works with electroacoustic devices such as the Revox B77 reel-to-reel tape recorder and magnetic tape, analogue synthesisers, mixing desks, speakers, microphones, various electronic household/everyday objects and home-made electronica.
From 1987 to 2018, he was the director of Metamkine, a non-profit organisation dedicated to the distribution of improvised and electroacoustic music. Between 1987 and 2014 Jérôme was a member of the editorial committee of the quarterly journal of contemporary sound, poetry and performance, Revue & Corrigée. For ten years from 1989, he was a member and programming co-ordinator of exhibitions, gigs, and experimental cinema at le 102 rue d’Alembert, Grenoble.
_
Lionel Fernandez, guitar, electronics
Jérôme Noetinger, Revox B77, electronics
10 tracks, 42 minutes, master by Fred Alstadt at Studio Angström 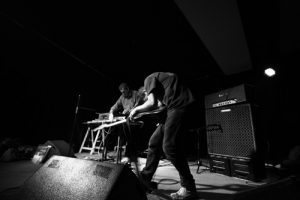