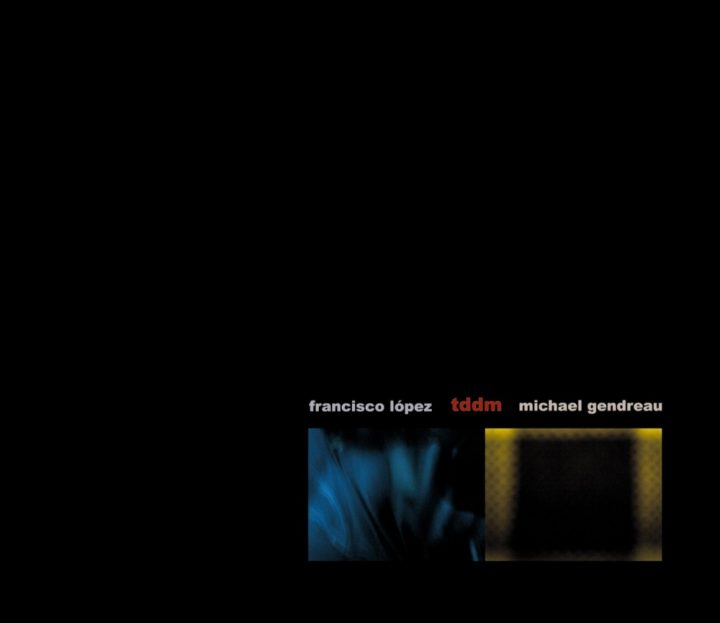 This 2CD set gathers two compositions each by Michael Gendreau and Francisco Lopez. TDDM is based on sound materials recorded in factories in Asia. The 2 Michael Gendreau tracks focus on factories sound environment meanwhile Francisco Lopez works more on machinery and engines. The result is a strong and intense body of work, a total immersion into industrial estates sounds. This isn’t a work on microsound or lowercase music but a real physical experience.

Michael Gendreau (San Francisco), former member of the underground duo Crawling with Tarts, studied composition at Mills College and now works as an acoustician specialized in machinery vibration isolation and environmental noise studies (among other things). He releases now his works under his own name.

Francisco Lopez (Madrid) : “Francisco López is internationally recognized as one of the major figures of the underground experimental music scene. Over the last twenty five years he has developed an astonishing sonic universe, absolutely personal and iconoclastic, based on a profound listening of the world. Destroying boundaries between industrial sounds and wilderness sound environments, shifting with passion from the limits of perception to the most dreadful abyss of sonic power, proposing a blind, profound and transcendental listening, freed from the imperatives of knowledge and open to sensory and spiritual expansion.” [Pedro Higueras, Sonom Studios]

“One morning this week I played an old 7″ by Vivenza – the futurist inspired musician, who used machine like sounds. I was thinking about Vivenza and that someone told me he didn’t use actual machine recordings, but a Putney synthesizer, which somehow sounded like machines. Curiously enough in the afternoon a new 2 CD arrived from Micheal Gendreau and Francisco Lopez. Looking at the sparse credits on the cover this seems not to be a collaborative effort, but both deliver two long pieces entirely based on their own recordings of machines in Taiwan and Malaysia (Gendreau) and Singapore, China, Taiwan and Japan (Lopez). In the first Lopez piece he comes close to the old Vivenza sound: hammering machine rhythms with lots of sound effects to transform the sound, but his other is entirely different. Very low in volume, and the sounds of the machines seem to be pushed to the background. There is a sense of rhythm to it, but it sounds quite strange. Ultimately, in fine Lopezian twist, things go up and the real machines comes in and as suddenly disappear. In the two pieces by Micheal Gendreau machine sounds play, obviously I say, a role too, but somehow he seems to be interested to create ’more music’ out of it, especially in ’M928’, with its organ like tones comes in and out of the piece, before it slips into silence first and then into noise. The first piece by him has a similar built-up but a different ending. Four different sides of the same coin. Excellent stuff, but I don’t think I expected something else”. (FdW – Vital Weekly)