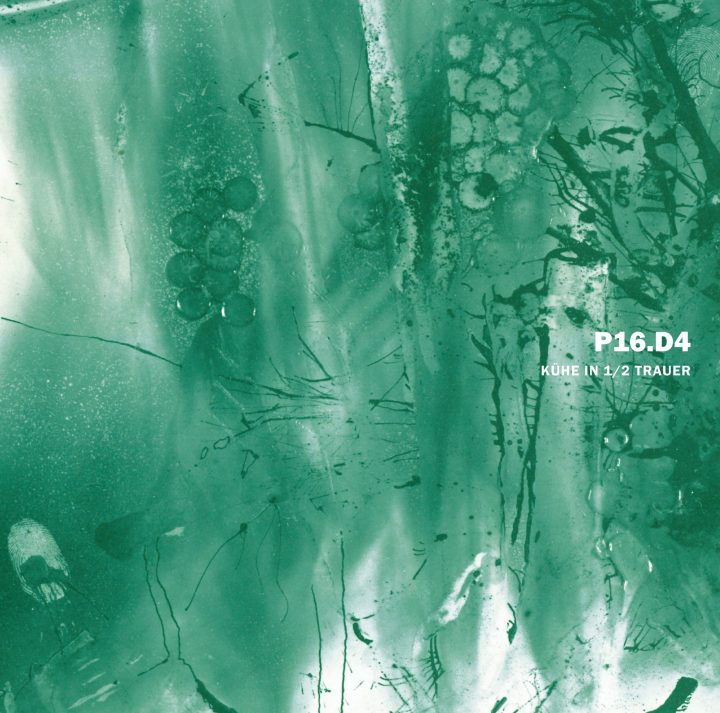 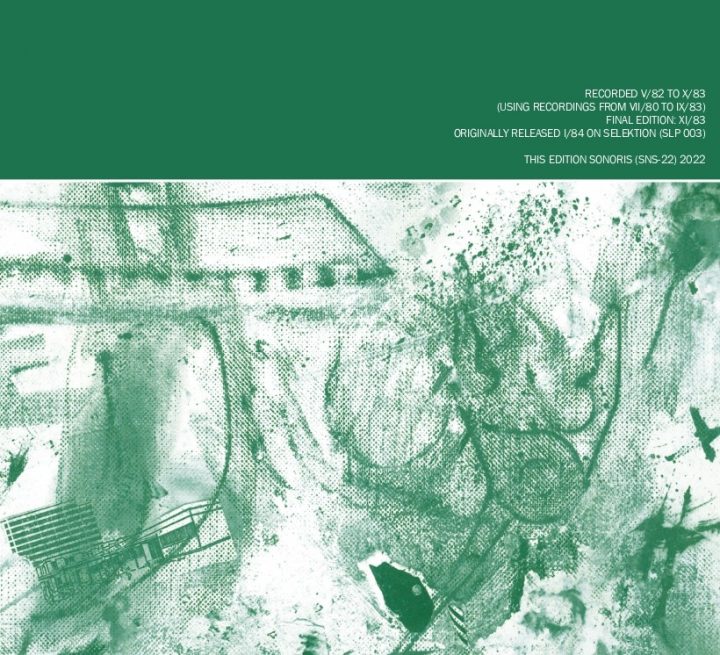 “This music is staggeringly original and innovative, and while it’s possible to locate it in a chain of circumstance that links it to ‘Industrial’ music, P16.D4 indulged in none of the empty cliches associated with the genre, worked incredibly hard, and seem to have been aiming at a form of sound art that was much more profound, varied, subversive, and potentially dangerous. Kuhe In 1/2 Trauer’s accompanying credits indicate their radical approach to making music: lots of improvisation, lots of live electronics, extensive use of tape-loops, some conventional instrumentation, and much that isn’t – like the milk churn on ‘Paris, Morgue’ or the use of baking tray and washing machine elsewhere. Even when guitars, drums or keyboards are used, they’re played very weirdly. It’s not even made clear who was doing what; the main credit is ‘Concept,’ which I assume means that one of the three devised the framework in which the noise would operate itself, and while RLW gets the lion’s share of these credits, a lot of the cuts are evenly divided among the team and I have no doubt that the group operated in a very democratic or libertarian manner. None of this prepares you for the insane and troubling sounds that reach your ears, composed with scant regard for conventional logic and following an exciting, absurdist path, especially in the matter of tape edits and juxtapositions of recordings.”
Ed Pinsent, The Sound Projector.

“Though this German group started out as a the new wave band P.D., by the time of Kuhe in 1/2 Trauer, their first LP under the P16.D4 name from 1984, they had developed far beyond into extremely experimental music similar to other post-industrial artists working with abstract avant-garde soundscapes. There’s a bleak industrial feel to the gritty, lo-fi electronics and tape loops, while the group throws in enough curve balls to keep it interesting. On some pieces, strange, looped choirs bubble out of throbbing pulses and drones of feedback, while others have clanging and clattering, and elements of musique concrète and improvisation blur the boundaries even further. The opening track, “Default Value,” is one of those disorienting pieces with noises flying everywhere, while “Paris Morgue” takes excerpts from one of their old P.D. tracks and messes it up with additional instruments, while the ungainly titled fourth track throws in a heavy texture of percussive noises to create an edgy ambience about to teeter off the edge, and the even darker and more ambient title track takes the tension even further. Arrhythmic and amorphous and capable at moments of becoming quite noisy and abrasive, while at others far more somber and quiet, Kuhe in 1/2 Trauer is quite a fascinating release.”
Rolf Semprebon / AMG

P16.D4 was a German electronic noise music collective, active primarily from 1980 to 1988. P16.D4 embraced tape cut-ups, musique concrète, endless recycling and transformation of previously published material, and many long-distance collaborations with like-minded artists such as DDAA, Vortex Campaign, Nurse With Wound, and Merzbow. Their active participation in the international industrial tape scene yielded collaborative output such as their release Distruct, where bands such as Nurse with Wound, Nocturnal Emissions, Die Tödliche Doris, and The Haters provided the source material. The longest-term collaboration was with the installation and conceptual artist Achim Wollscheid, who used P16.D4 sounds as the basis for LPs he recorded under the name SBOTHI. Ralf Wehowsky, the only constant member of the group, later released solo material under the alias RLW.
Members of P16.D4 were also involved with Selektion, a collective of people involved with sound as well as the visual arts. Selektion published LPs, CDs, books, visual art and design.

The collective worked in a strongly improvised, spontaneous and anti-professional way, using acoustic and electronic instruments, using existing sound fragments, duplicating and alienating them, using repetition, distortion, changes in speed and playing direction. For this they used not only sounds of other artists but also their own material from earlier productions. Late works of the collective are associated with musique concrete.