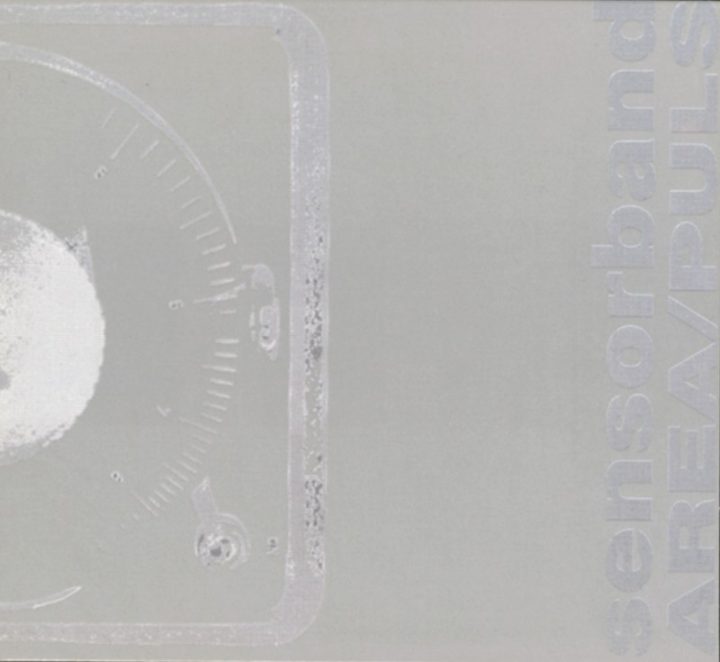 Sensorband is a trio of musicians using interactive technology. Gestural interfaces — ultrasound, infrared, and bioelectric sensors — become musical instruments. The group, Edwin van der Heide, Zbigniew Karkowski, Atau Tanaka, each soloists on their instruments for over six years, formed Sensorband to create a performance ensemble. Edwin plays the MIDIconductor, machines worn on his hands that send and receive ultrasound signals, measuring the hands’ rotational positions of and relative distance. Zbigniew activates his instrument by the movement of his arms in the space around him. This cuts through invisible infrared beams mounted on a scaffolding structure. Atau plays the BioMuse, a system that tracks neural signals (EMG), translating electrical signals from the body into digital data. Together, Sensorband creates a live group dynamic, bringing a visceral physical element to interactive technologies. The basic materials are pure oscillator waves. The result can be considered as the missing point between Hafler trio (Z. Karkowski used to be a regular member), Ryoji Ikeda and no-rhythmical Panasonic.
–
“Shame of course upon myself: I have never seen the Sensorband live, and that is a pity. Three guys with a bunch of ropes, connected with sensors. By moving around, climbing in the ropes, the sound is changed by the sensors. These three guys are Edwin van der Heide, Atau Tanaka and Zbigniew Karkowski – three guys with a wide experience in sound, electronic music and performances. The question of course is: will their sound last on CD? Since they use pure tones and oscillations which change because of bodily movements, nothing might happen if you play this at home. It’s unclear wether these four tracks, one analogue and three digital, are recorded live, or used in live performances. The CD opens with ‘digtal.1’, a slowly moving static line with small pulses, gradually increasing tension. The ‘analogue’ track is much a like, but much slower. The built-up takes more time (no surprise in a track that lasts 28 minutes) and is very austere in setting. The two shorter ‘digital.2’ and ‘digital.3’ are like the opening track. More pulsating, without getting anywhere near a beat. Number is almost like a sentimental song, with a tone of sadness in there. The presstext talks about the missing link between Hafler Trio and Pan Sonic, I’d like to add a link to Alvin Lucier’s Music On A Long Thin Wire: pure tones changed by the environment. A very minimal, but very nice work…” (FdW / Vital Weekly)