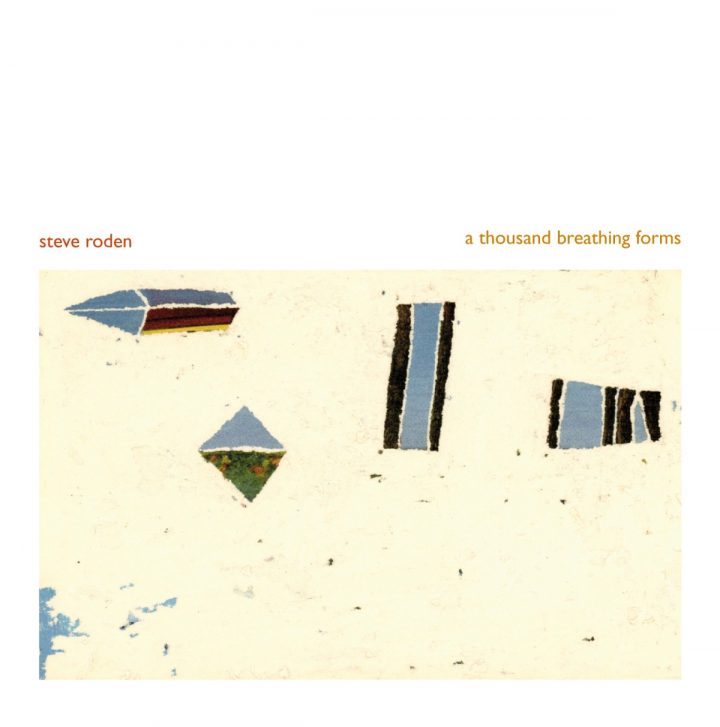 A Thousand Breathing Forms, the second boxset of Steve Roden archive works released by Sonoris, is a selection of unreleased or hard-to-locate works from 2003 to 2008, a very prolific and creative period for the Californian artist. The boxset is centered on his hard-to-describe loop based sound works that are uniquely his own, such as Stars Of Ice (2008), A Christmas Play For Joseph Cornell (2007), but also includes the conceptual “One Hour As The Bumps Of Surfaces” and some more musical or instrumental works. So Delicate And Strangely Made, the title of one of his very first records (2003), could still be the right description of his sound work, rooted in visual arts and architecture, mixing conceptual rigor, and experimentation, without neglecting musicality.
Steve Roden (1964) is a visual and sound artist born in Los Angeles. Roden’s work includes painting, drawing, sculpture, film/video, sound installation, and performance.
Most of Roden’s sound works tend towards using a singular source – such as objects, architectural spaces, field recordings, or texts. These things, become abstracted through humble electronic processes to create new audio spaces, or “possible landscapes”.

Over the last thirty years, Steve Roden has risen as a singular voice, attacking and advancing the highest challenges of the avant-garde – blurring the lines between nearly every creative field, moving outwardly toward the boundary with every day life. A visual and sound artist, his work spans the fields of painting, drawing, sculpture, film/video, sound installation, and performance.
A pioneer of Lowercase music, a movement which uses amplification as a means to address the quiet and unheard sounds of objects and environments, Steve Roden is one of the great contemporary successors of John Cage. Looking beyond the shadow cast by chance and indeterminacy, he casts the ear toward a world indicated by the composer’s most original, radical, and often neglected idea – the value and beauty of the sounds of non-instrumental sources and of the every day. Through subtle intervention, he has illuminated the path for a rising generation of artist working in sound – refusing categorization, working as comfortably in a museum or gallery, as the contexts of music. Guided by rigorous conceptual perimeters and concerns, across A Thousand Breathing Forms the axis of Roden’s work snaps into view – the monumental presence of the smallest moment and sound.
This boxset, which collects Roden’s unreleased and hard to find works from the incredibly prolific period between 2003 and 2008, is drenched in musicality. Centered around loop based works, it pulls relentlessly and democratically from a seemingly endless world of source – samples of records from an array of cultures, field recordings, instruments, object, and environments. It is a body of work, which, for being birthed electronic process, appears stunningly organic – steeped in humanity and touch. A world of intimacy. The discrete at a towing scale. A realm to be inhabited, which burrows deep – taking residence in the ear. As it sounds, resonances, and structures intertwine, Roden appears as a vision of the future, and a bridge to the past – a breaking of dogma, and a reconciliation for the schism between Minimalism and the conceptualism of Cage. A world guided by ideas, presenting the profound beauty, meaning, and importance of sound, across its six CDs, A Thousand Breathing Forms is a revelation – a lens into the practice and work of an artist of incredible significance, as much as an opening to the larger field. Capturing and advancing some of the most important and difficult ideas of the last hundred years with elegance, accessibility, and grace, this is a collection which promises to grow over time and at every turn.
Bradford Bailey for SoundOhm

CD3
one hour as the bumps of surfaces (2003, radio broadcast, unreleased)