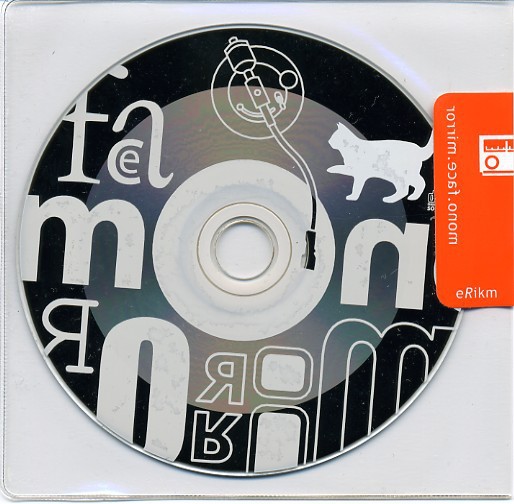 Beginning his recorded career as a turntablist, Erik M advanced over the years to include all manner of electronic manipulation, his work becoming progressively richer and more mysterious. Mono.Face.Mirror, a brief (26-minute) disc, offered one of the most compelling examples of his sonic investigations, piling allusion upon allusion into a huge and healthy sandwich of sound. There are surprising free jazz sax squalls toward the beginning of the single track that merge into what might be some ultra-low Tibetan horns, all overlaid on vinyl scratches and humming drones. A jumpy piano attack surfaces, is looped, and competes against whirring synth-like tones before abating, then reappears several minutes later as though grabbed from a parallel universe. Shards of contemporary strings appear, set against light percussion in a “sampled” manner that recalls some of John Wall’s work. Eventually, a male voice speaking in French is heard over a mix of natural sounds and drums, very reminiscent of the musique concrete of Luc Ferrari. Still, Erik M manages to make this particular sound world very much his own and, despite its apparent fragmentation, Mono.Face.Mirror ultimately coheres into a powerful, abstract statement, if one which belies easy explanation. Though brief, it’s a fine, mature statement and highly recommended. (Brian Olewnick / All Music Guide)